The 49th European FITASC Sporting Championship was held at BTC St Lambert, near Laon in France from the 2nd to the 5th of June, over 8 layouts shot 50 per day. Here’s a quick report, with some video and photos below.

The ground is massive, situated at the edge of the St Gobain forest and featured layouts spread throughout densely wooded areas, with some open pegs across fields and clearings.  Northern France has been in the throes of some of the wettest summer weather for many years, and some last minute alterations meant that some pegs had to be relocated and going was heavy underfoot across the whole ground. However, some good transportation and creative parking meant that the shoot ran pretty well throughout with only muddy  boots to really complain about.  Those on the afternoon rotation managed to shoot without too much rain, despite a few umbrellas getting to and from layouts.

Layouts 1 and 2 (Laurenti/FOB) were set fairly close to the ground, using some deep craters and gullies to create some interesting targets below the shooters feet, as well as pine trees. Layouts 3 and 4 were Gamebore and Blaser, arguably the hardest shooting layouts with lots of rabbits on the Blaser layouts and some shooting over open fields on Gamebore with some deceptive targets.

Layouts 5 and 6 were reached by tractor transport with Beretta set deep into woodland using clearings creatively, and Laporte started around a massive crater/quarry with some tough targets set below your feet and against a sandy background.  Layouts 7 and 8 were Krieghoff and B&P, again set in forest clearings with one B&P peg set on the corner of an open field to show some more distant crossers.

The target setting was to a high standard, with a good variety of tests for every shooter at the event, from my d-class perspective it was interesting to see 1 or 2 targets leak away at every peg through deception rather than pure speed or distance, with 15 singles and 5 doubles per parcour you needed to maximise your concentration to read every target you saw.

Scoring was a close run thing throughout the week, with Mark Winser and Rafael Garcia Rodrigo matching each other shot for shot for the first three days.  Nick Hendrick, and Carl Bloxham were also in close attendance and only a few shots separated the top 10 until the final day.

After 200 targets there were two shooters on 190x200 – Mark Winser and the Frenchman Matthieu Delmas.  So a shoot off was arranged, with Carl Bloxham and Nick Hendrick also tied on 189 they shot off for third and fourth place.

At the end of the first shoot off, Mark Winser was declared the winner, but felt he had been awarded a winning target in error. The referees decision is final in FITASC, but the Englishman protested the win, and persuaded the jury to hold a second shootoff.   After stretching his lead, Mark then shot his final peg from the hip, handing the true win to the Frenchman.  A true moment of sportsmanship that will live in the memory.

Congratulations to Mathieu Delmas and Mark Winser for a fantastic final spectacle, also to Carl Bloxham who clinched third and Nick Hendrick who lost their shoot off by one target.

In the ladies competition – Cheryl Hall took her 7th consecutive European title, 4 shots ahead of Beatriz Cuenca Laparra.   The Veterans title was taken by Carl Bloxham, 3 shots ahead of Steve Brightwell.  The super veterans title was won by Colin Saich – 8 shots ahead of Jean-Pierre Milan – Colin was on my squad and shot a 49ex50 on day two in a fine display of shooting.  Finally the junior title was won by Valentin Vernet, who was in the squad in front of me for much of the event, and whot a 182 – including a 25 straight on the first day.  Congratulations to all the winners and podium places.

Other notable performances included multiple time Champion George Digweed MBE in joint 17th on 182, alongside Ben Husthwaite. Brett Winstanley and Steve Brightwell on 186 in joint 7th and Kevin Jobling and Christophe Auvret on 184 and joint 10th.  The GB teams won both the Veteran and Super Veteran Gold Medals – full scores in all categories are here.

Overall a fantastic event, with the weather not dampening any smiles across a terrific ground. I look forward to returning there for another major event very soon.

Some photos from the event: 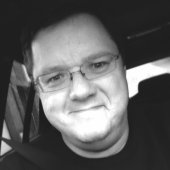 Matt is ShootClay’s Owner and Writer – covering news and features from across the world of Clay Shooting. By day, he works for a major software company, and in his spare time tries to shoot as often as possible.

View from behind the Trigger : Prescott Summer 6 Series – Round 1

View from behind the Trigger – Essex Masters 2014

View from behind the Trigger – The bigger picture